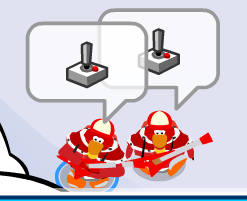 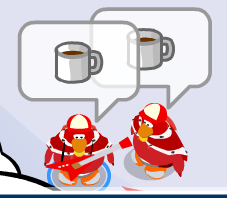 This tactic, right here going to get us kicked out from any CPRAC Tournament…

This term hasn’t been in the original Club Penguin Armies since there were tons of servers to claim until The Club Penguin Rewritten Era.

So, what is an “Refugee Army” you ask? An Refugee Army in my terms, is an army that is currently active, but has no territory claimed.

The server is Alpine.

Today, the Brothers logged in to the server Ascent, which is another Tuba Headquarters. We were planning to invade their capital Avalanche, which is cancelled due to The Rebel Penguin Federation planning to occupy that server.

Overall, the invasion size were terrible and the tactics were getting improved.

Ascent is now ours Brothers!

What is Club Penguin?

What are Club Penguin Armies?

[sources are gathered from cparmycentral.com]

How do Club Penguin Armies Work?

J-Bomb can be done in 2 different ways. One that is, you J-Bomb by scattering all over the whole room, and one that is, J-Bombing in a tactical line.

Emojis Tactics are just simple. During in a training, battles etc… army leaders can assign random emojis to do on Club Penguin.

Word Tactics is when you have to type in a certain catchphrase down in the chat bar. One example is “WHEN DARKNESS FALLS”, “SHINE TO VICTORY!”, “*Opposing Army Name* FAILS”, and “ICE POWER”.